The Bay Area Council, a public policy organization that advocates for business in the nine-county region, estimated the economic cost of the strike at $73 million each day in lost worker productivity. 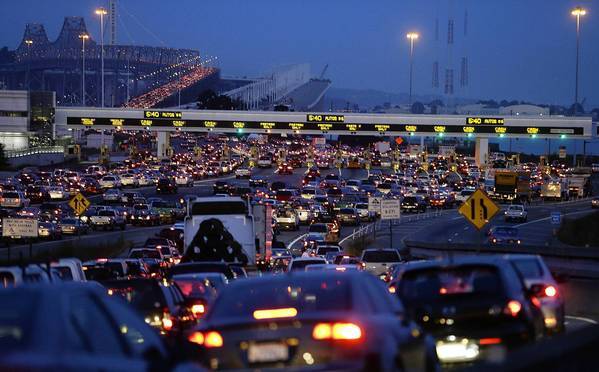 Currently, San Francisco’s Bay Area Rapid Transit (BART)— which is the nation’s fifth largest, used by more than 400,000 riders daily — and their workers are on a strike because their unions could not come to an agreement with management on a salary and other regulations. BART workers are demanding better safety measures and increased salary: 23% over four to five years. They have not had a raise in five years. Currently, the average salary ranges from $63,000 to over $70,000 per year for BART workers. Interesting note: it has been surprisingly hard to get an exact figure on salaries, or demands, or what the unions involved is actually saying, which in itself is deterring. This is the first strike since 1997.

In the meantime, as someone living in Berkeley and having to cross a large body of water to get to work in the city, this is highly inconvenient. It is a nuance for the hundreds of thousands who take the BART, and for others whose commute via buses, ferries, and cars are interrupted. Yesterday, I took the AC Transit bus, which filled up quickly in Berkeley and no stops were made thereafter because it was packed (the conductor was not happy being flicked off by people on the stops). Today, I took the Casual Carpool route, in which you basically go to designated areas to wait for a car to pull up and take you to work. Yes, I relied on a random person to take me downtown, as did hundreds of desperate workers, interns, etc. around East Bay who are thinking more about getting to work than how they will eventually return.

In looking for articles that shed some light into the strikes from the perspective of BART workers, it is clear that unions are not getting much sympathy. Allison Kilkenny for The Nation wrote that media was being unfair in depicting unions as greedy. Comments from readers begged to differ. One “Honorius” wrote: “You’re not going to convince any of us that 63,000 is a bad salary.  Besides, BART workers can earn overtime and get other benefits.  Some of them pull in 150+k per year and they don’t even drive the trains!  All of the trains are computer driven, the BART operators just sit there and make money…”

In response to an LA Times article, one reader wrote: “Fire all of them, just like Reagan did to the air traffic controllers. Plenty of HS grads looking for work that pays $150K per year to do a job that pays minimum wage in the real world….”

The inconvenience faced by the general public makes it difficult to garner any support for BART strikers, especially when numbers are hard to figure out. When you do get numbers like the following, it is not very easy to be a commuter trying to go to work and feel bad for other workers on strike:

They’re already the top-paid transit system employees in the region and among the best in the nation. They have free pensions, health care coverage for the entire family for just $92 a month and the same sweet medical insurance deal when they retire after just five years on the job.

They work only 37½ hours a week. They can call in sick during the workweek and then volunteer for overtime shifts on their days off. The rules exacerbate out-of-control overtime that in 2012 added an average 19 percent to base pay for station agents and 33 percent for train operators.

The Negotiations class that I took at Cornell in the fall basically told be that there are a lot of bad negotiations going around in general. It gets especially difficult when you are discussing the public sector and unions are involved. This difficulty has historically been the case in the United States, in which union involvement always garners sticky situations. Strikes are the last thing that any involved parties should want; here, it is clear that the strike is not helping the BART unions at all in terms of public image.

Given how difficult it has been for people to make alternative arrangements and that ridership on BART is expected to grow exponentially in the next decade, even as an outsider, I have to comment that a major upgrading needs to be done on this city’s public transportation.